Two people starting on the same path can end up in very different places. 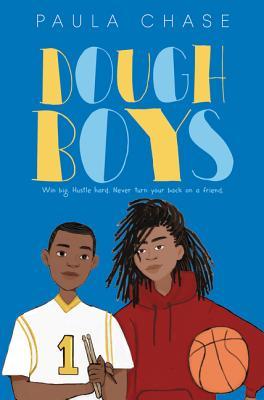 This follow up to So Done revisits the world of Pirates Cove public housing. 8th graders Roland “Rollie” Matthews and Deontae “Simp” Wright are best friends. Rollie is a talented drummer enrolled in a special program for young performing artists. He has a stable life, while Simp’s life is much more complicated. As the oldest of 5 boys living with their single mother, Simp is saddled with adult responsibilities.

Both boys play for the champion Marauders basketball team – which involves more than just basketball. When Coach Tez recruits players he’s also recruiting “dough boys” – lookouts for his drug dealing operation. Rollie got caught up in Tez’s gang only because he wanted to play basketball. For Simp it’s a clear path to respect and success. Rollie keeps it secret from his family but Simp doesn’t. His mother happily looks the other way, glad he can provide for the family. Rollie and Simp both come to a crossroads. They find themselves having to make very different but equally difficult decisions. Will they be able to handle the consequences?

This story explores how people can live in the same world but have very different experiences. Though Rollie and Simp both envision futures for themselves, even as middle schoolers they see the challenges. One sees a way out, the other finds a path that keeps him in. The chapters alternate between Rollie and Simp’s voices, giving a clear picture of their situations and struggles. The decisions they have to make are framed within the normal life of their 8th grade existence, including maintaining  loyalty to friends, having crushes, and managing the influence of peers.

One important thing about this story is that it doesn’t embrace the Black pain narrative that so many books include these days. Instead, it thoughtfully explores the realities of these young men’s lives without centering violence and suffering. This a relatable and engaging story for a wide variety of young readers.

One thought on “Dough Boys”