Dread Nation is the book I really can’t shut up about. 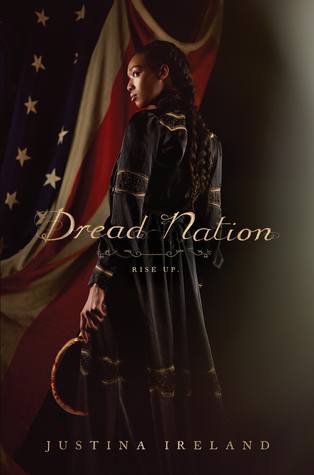 The Civil War is interrupted when, instead of fighting each other, soldiers find themselves having to fight the dead rising up from the battlefield. Given the times, African/African-American slaves and Native Americans are forced to become the zombie killers. Young female slaves are sent to special schools to become Attendants, trained in defending young white women from the undead – and the untoward intentions of young men. The premise is exciting and very well executed. This book stands above others because the issues surrounding the premise – racism, colorism, sexism, classism – bring the plot to life completely organically.  The zombie battles and other supernatural elements play out in creepy detail. A particularly pleasing element is the cover – unlike covers which whitewash or have little to no connection to the story, this one is a beautiful rendition of the young zombie killer in all her brown-skinned, scythe wielding glory. This one belongs on the top of your “to be read” pile.