When is it time to stop avoiding trouble and instead walk right in? 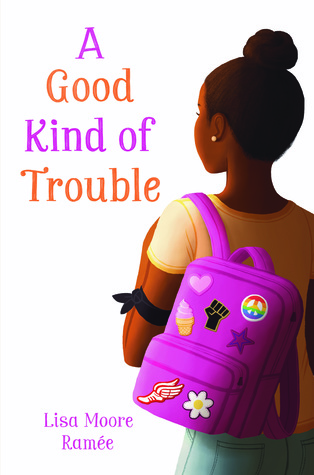 Shayla and her best friends Isabella and Julia are 7th graders at Emerson Junior High. African American Shayla, Latinx Isabella and Japanese American Julia call themselves the United Nations. Though they are each from a different background they are united in friendship. Shayla struggles as she notices things changing around her. Julia is now spending time with a group of Asian girls; Shayla is confused by her sudden jealousy of Isabella’s talent and attractiveness; as one of a few Black students in her school, she wonders if she should have more Black friends but feels awkward trying to make connections.

Shayla’s concerns go beyond the usual junior high drama, as her community is watching the trial of a police officer who shot an unarmed African American man. In Shayla’s mind the verdict should be obvious – there was a video! With guidance from her parents and older sister, Shayla starts to understand the complexity of her world. Once the verdict of the trial is announced Shayla knows she wants to do something, but is she ready for the consequences?

This book does an incredible job of exploring activism, Black Lives Matter and issues of police violence in a way that will resonate with younger readers. The cast of junior high school characters is constructed realistically in action and voice. Crushes, shifting friendships, and questions of identity are all dealt with just as young people face them. The author fits the bigger social issues squarely in this context, making the discussion both accessible and relatable for these readers.

Pick up a copy of this powerful book at your local bookstore.

One thought on “A Good Kind of Trouble”